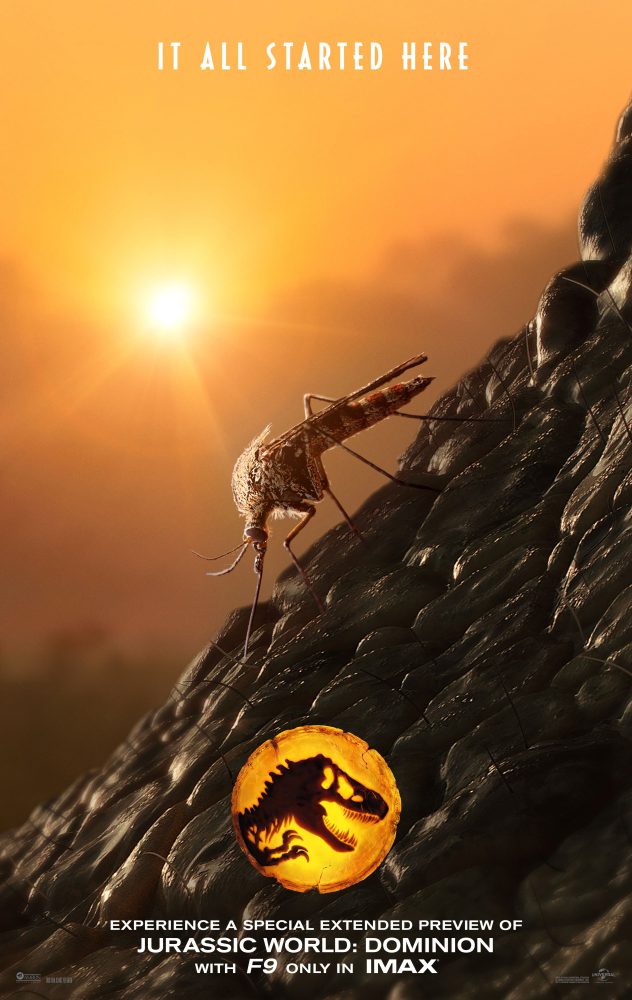 Jurassic World: Dominion is a Jurassic Park sequel and is the sixth entry in the franchise. It will be directed by Colin Treverrow and will be released June 10, 2022.

It was announced in February 2018 that Jurassic World 3 would be released June 11, 2021. Colin Trevorrow would write the script along with Emily Carmichael which was based on a story written by Trevorrow and Derek Connelly. In March 2018, it was announced that Trevorrow would direct the film after Steven Spielberg asked him to.

Certain concepts about mixing dinosaurs in the real world were going to be in Fallen Kingdom but were eventually cut out to focus on the story. Trevorrow met Carmichael in 2015 after seeing a short film she did and wanted to work with her. She then worked on 2018’s Pacific Rim Uprising and The Black Hole which impressed Trevorrow. Trevorrow said Jurassic World 3 would be a science thriller that would be similar in tone to the first Jurassic Park. There also wouldn’t be any hybrid dinosaurs. 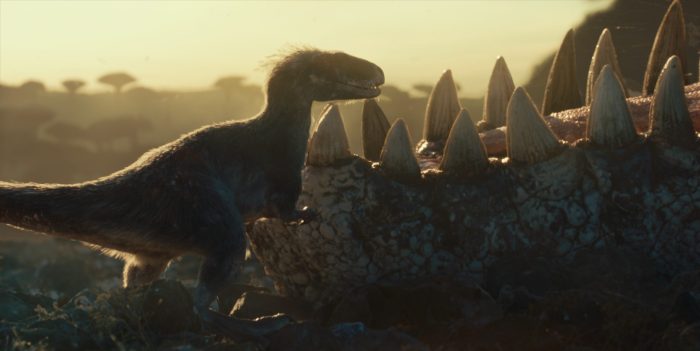 After the release of Fallen Kingdom, Trevorrow said the film would focus on dinosaurs that have been sold and spread around the world. It would be follow what happened to the dinosaurs that were released at the end of of the last film but it wouldn’t be about dinosaurs terrorizing cities. The film would also be about Owen and Claire looking for redemption and taking care of Maisie.

Trevorrow announced in April 2018 that Chris Pratt and Bryce Dallas-Howard would reprise their roles in the new film. Actress Laura Dern who played Dr. Ellie Sattler in Jurassic Park 1 and 3, said previously she’d like to return for another film. Trevorrow hinted that Sam Neill who played Dr. Alan Grant, and Laura Dern might reprise their roles in the movie. Dr. Henry Hu would also be an important character in the story.

In September 2019, it was revealed that Sam Neill, Laura Dern and Jeff Goldblum would have major roles and would appear throughout the film. Jurassic World: Dominion will also mark the first time where the three actors are together in the same film since the first Jurassic Park. Sam Neill has said this will be the last film for the three of them.

In October 2019, Mamoudou Athie and DeWanda Wise were cast and would have lead roles. By the end of the year, it was announced that Justice Smith, Daniella Pineda and Isabella Sermon would reprise their roles from Fallen Kingdom. At the begining of 2020, it was revealed Jake Johnson and Omar Sy would reprise their roles from Jurassic World. Dichen Lachman and Scott Haze also had roles. BD Wong was also returning as Dr. Henry Wu. The minor character of Lewis Dodgson from the first Jurassic Park film had been recast with Campbell Scott.

Filming began on February 24, 2020 under the working title Arcadia while the film’s title was revealed as Jurassic World: Dominion. The next day filming began in Merritt, British Columbia and finished there in early March.

Filming over three nights took place in Hawley Common and Minley Woods in England which is where some scenes were filmed in Fallen Kingdom. Other scenes were filmed at Pinewood Studios included an exterior set showing a crashed plane in a snowy environment. Some filming took place in Malta and its capital Valletta. Jurassic World: Dominion’s opening scene takes place 65 million years ago and shows a Giganotosaurus killing a T-Rex. A mosquito then takes blood from the T-Rex setting up the franchise.

Eighteen animatronic dinosaurs were created for the film, a lot more than previous Jurassic World films. Industrial Light & Magic once again returned to do the effects.

On March 13th, 2020, production was suspended due to the Covid-19 pandemic. During this time, some post-production work occurred on scenes that had already been shot that involved dinosaurs. Universal announced that filming would resume in July 2020 and Pinewood Studios. They had allocated $5 million for safety procedures such as regularly testing the cast and crew during filming. Filming began again on July 6th, 2020. Universal rented an entire hotel for the cast and crew to quarantine there for two weeks before filming began. The safety procedures ended up costing Universal $9 million. Universal felt that Jurassic World: Dominion was the perfect film to resume production during the pandemic as it required very few locations outside of studio sets and the cast was relatively small.

Filming took place at Black Park, next to Pinewood Studios. Sam Neill, Laura Dern and Jeff Goldblum began filming in August 2020. Some of the crew tested positive for Covid-19 in England and some more crew were positive when they reached Malta. The UK then added Malta to a list of countries where people returning from had to quarantine. Filming in Malta was scaled back as a result. Filming took place there at the end of August 2020 into September. A scene involving a car crash was filmed in Floriana.

Filming was again halted on October 7, 2020 after many people tested positive for Covid-19. Some cast members filmed secondary sequences for filming began in full later that month. Filming eventually finished on November 7, 2020 after 100 days of shooting.

Jurassic World: Dominion had been delayed by a year due to the Covid pandemic which allowed Trevorrow time to work on visual effects, sound mixing and the music score separately instead of as a group.

The film’s musical score was composed by Michael Giacchino, who scored the previous Jurassic World films. The score was recorded at England’s Abbey Road Studios over 10 days in May 2021.

The movie’s first five minutes was previewed with Universal’s F9, on June 25, 2021. Instead of releasing the footage online, Universal attached it to a theatre film to encourage people to go back to the theatres during the pandemic.

Jurassic World: Dominion is going to be released theatrically by Universal on June 10, 2022 after a delay of a year due to the pandemic.

Marshall stated in May 2020 that Jurassic World: Dominion will not be the final film in the franchise and that it would instead mark “the start of a new era”, in which humans have to adjust to dinosaurs being on the mainland.