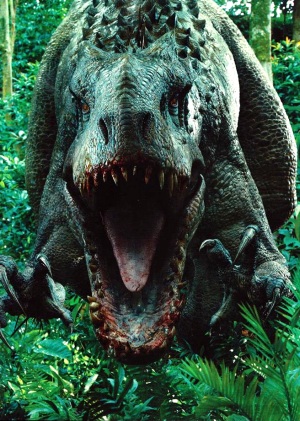 The Indominus Rex, also known originally as Diabolus-Rex or D-Rex, is the nickname given to a genetically-created hybrid dinosaur that is the villain in the Jurassic World movie. It has a mixture of DNA from various dinosaurs including the Tyrannosaurus Rex and a Velociraptor and was a created as a new attraction for the park.

The T-Rex forms the basis of the Indominus Rex and it looks and moves quite similar to the T-Rex. You’ll easily be familiar with its huge powerful jaw and tail.

The Indominus Rex has various features from Abelisaurs which improves upon the Tyrannosaurus Rex and makes the I-Rex bigger and stronger. The dinosaur incorporated DNA from a Giganotosaurus to make it bigger; a Majungasaurus for more teeth; a Rugops for its bony osteoderms and a Carnotaurus which gives it the horns above the eye orbit.

Cuttlefish had an interesting ability where it can change the colour of its skin at will. This gives the Indominus Rex a massive advantage at camouflaging with its environment allowing to hide in plain sight. 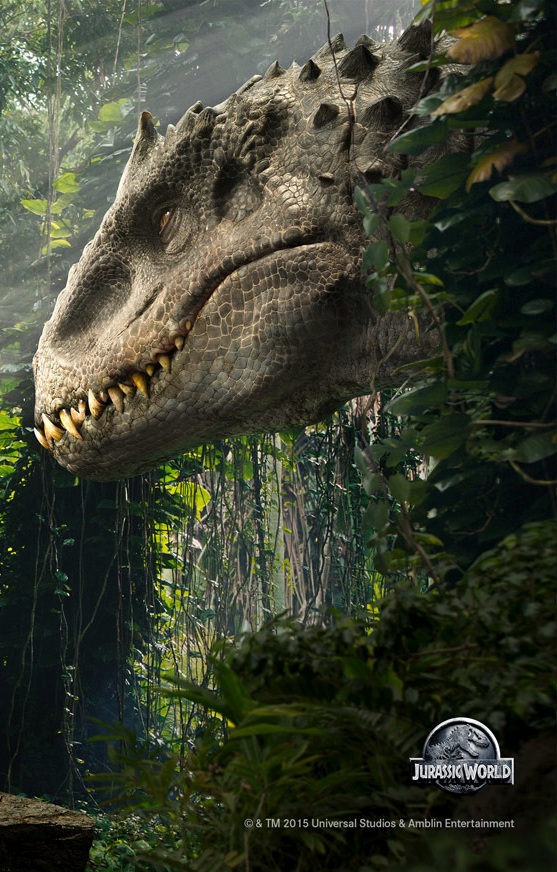 The tree frogs DNA allow the Indominus Rex to alter its body temperature. This allows the Indominus rex to avoid infrared detection used by the Park’s security.

As we know the Tyrannosaurus Rex’s vision is based on movement. However, due to the Adder’s DNA, the Indominus Rex can see in infrared vision allowing it to spot heat signatures from its prey.

The last confirmed creature is the Velociraptor which gives the Indominus Rex superior intelligence. In Jurassic World, the dinosaur can see weaknesses in its enclosure and actually set a trap kill its prey and escape. The Raptor DNA also allows it to communicate with the Velociraptors and it becomes the Alpha Raptor for a short time.

InGen SEO Simon Masrani funded the creation of the Indominus Rex as a new park attraction, however the InGen board had more sinister intentions and were wanting to use the dinosaur as a military weapon. Dr. Wu didn’t divulge what DNA went into creating the Indominus Rex as the intention was to create a lethal killing weapon for the InGen. The idea was to deploy the dinosaur at night with infrared vision and was able to stay hidden from enemies (through its camouflaging and thermoregulation abilities). 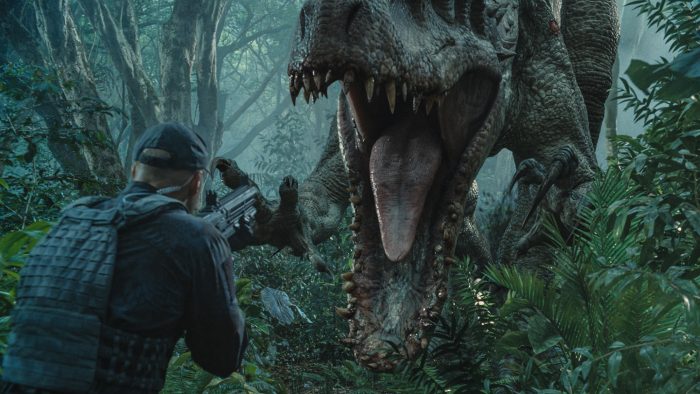 In Jurassic World, it is said that the Indominus Rex killed its sibling at some point. Simon Masrani arrives at the attraction and tells Claire Dearing that he wants Owen to check its enclosure for vulnerabilities. When Owen and two other park employees explore its enclosure, it’s assumed the Indominus Rex has scaled the wall and escaped. Instead, the dinosaur set a trap and ambushed them. It kills the two employees and escapes its enclosure with Owen managing to hide. The security team attempt to capture the dinosaur but it tears them apart. Later, the two kids, Gray and Zach, are in the Gyrosphere and are attacked by the Indominus Rex. They narrowly manage to escape by jumping off a waterfall. Claire and Owen arrive at the old Visitor’s Center and are attacked by the dinosaur. Simon Masrani flies a helicopter and attacks the creature from the air as it runs into the aviary. Many pterosaurs escape and cause the helicopter to crash through the aviary. 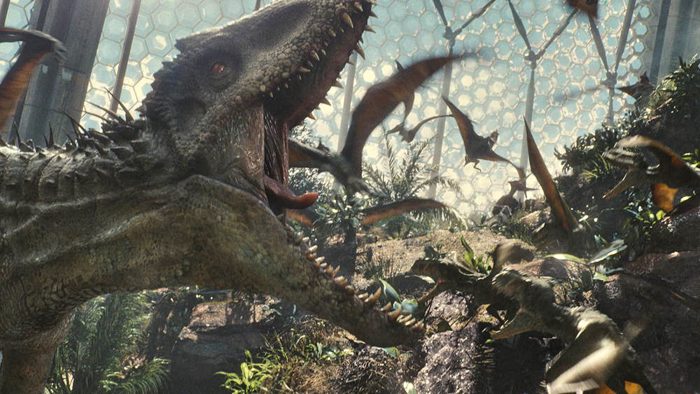