The review embargo is finally over for Jurassic World Dominion and many news outlets have posted their thoughts on the new Jurassic World film. It’s seems to be getting quite a lot of mixed reviews so far. It’s currently sitting on 42% on RottenTomatoes. The UK newspapers seem to be very negative about it. The Guardian and The Telegraph gave it 1/5 while The Independent gave it 2/5. They seem to be quite critical about Chris Pratt and Bryce Dallas Howard. 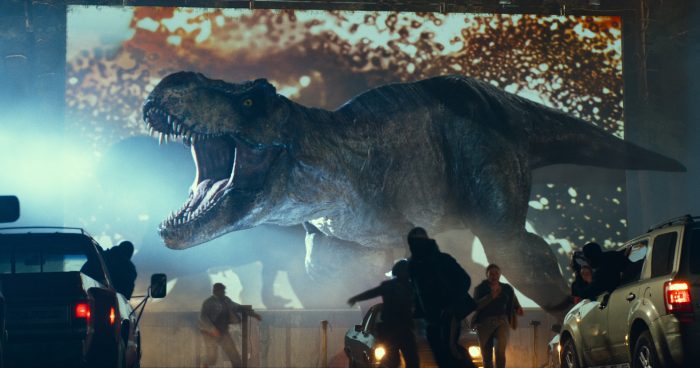 On the more positive side, IGN gave it 7/10. They were more positive about the action scenes and the legacy characters but criticized Chris Pratt and Bryce Dallas Howard, and the CGI.

While Jurassic World Dominion is most certainly an imperfect addition to the Jurassic Park franchise — particularly with the rough presentation of some newer dinosaurs and its lack of faith in audience intelligence — it manages to introduce an impressive marriage between ever-present nostalgia and the constantly evolving challenges of having prehistoric creatures roaming free in our world. Characters new and old keep the film flying high, even if some of the Claire and Owen stuff makes the plane’s engine sputter now and again.

JoBlo gave it 5/10 saying they liked the legacy cast but Jurassic World Dominion is really nothing we haven’t seen before.

If you want to see dinosaurs, at least you’ll enjoy that. Prehistoric creatures doing their thing are the best part of Jurassic World: Dominion. Much of the time you have more compassion for them than you do for many of the human characters. Maybe that’s all the time. Unfortunately, the movie as a whole feels so obvious and familiar. Even still, you’ll find moments that work thanks to the nostalgia factor from the original cast. And even the worst sequels in JP and JW have a moment or two that shine. Yet Dominion avoids going anywhere new or inventive and just becomes a greatest hits of what’s come before. Dominion roars into theatres this Friday at a theatre near you.