Jurassic World is the upcoming Jurassic Park sequel and is the fourth entry in the franchise. It was directed by Colin Trevorrow and will be released on June 12, 2015. 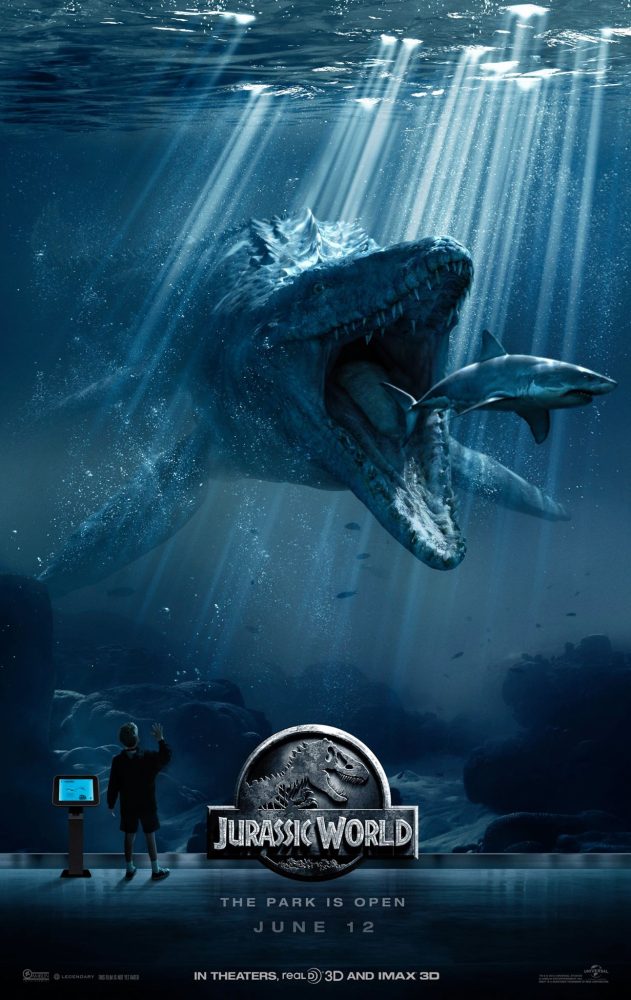 Jurassic Park IV has been stuck in development hell for over a decade. In June 2002, Steven Spielberg said in Starlog Magazine that he would produce a new Jurassic Park movie with JP3 director Joe Johnston back directing. In November 2005, William Monahan was hired to write a script and the film was slated for release in Summer 2005. Monahan finished his first draft in July 2003 and the story wasn’t set in a jungle. Actor Sam Neill said he was going to reprise his role as Alan Grant in Jurassic Park 4 and filming was due to begin in 2004 in California and Hawaii.

In September 2004, John Sayles said he was re-writing Monahan’s script and the film’s release moved to Winter 2005. In October 2004, paleontologist Jack Horner said he would serve as technical advisor again on the sequel. In April 2005, special effects expert Stan Winston, said Jurassic Park IV‘s constant delays was down to constant re-writes on the script as Steven Spielberg wasn’t happy with the balance of science and adventure. In March 2007, actress Laura Dern was asked to return to Jurassic Park 4 and the studio wanted to release the film by 2008. It was reported that JP3 director Joe Johnston was no longer attached to the project. Richard Attenborough had also been asked to reprise his role as John Hammond. Jeff Goldblum was interested in returning as Ian Malcolm.

In December 2008, Kathleen Kennedy was asked about the film and she said she didn’t know and that, with Michael Crichton’s death, maybe they shouldn’t make the movie. In November 2009, JP3 director Joe Johnston said the story in Jurassic Park IV is completely different to any of the previous films and would take the franchise into a new trilogy. In January 2010, Johnston said the same thing and that it will bring something new to the table. In June 2011, Spielberg said he had met with writer Mark Protosevich to work on a new story for Jurassic Park 4. In July 2011, Joe Johnston said the film was still being developed and that it would be a spin-off film.

Steven Spielberg confirmed at the 2011 San Diego Comic Con that work on Jurassic Park 4 was under way with a script being written. He said the film could be released within the next two or three years. In October 2011, Spielberg said the script was being written by Mark Protosevich and he hoped it would be released in the next couple of years. He said the story was much better than the third film. In January 2012, Spielberg said he wouldn’t direct the film but he would produce it. In June 2012, it was revealed that Rick Jaffa and Amanda Silver (Rise of the Planet of the Apes) would be writing Jurassic Park 4. It was unknown if they were writing a new script or building off of  Mark Protosevich’s script. In July 2012, Frank Marshall said he would be producing the film.

In January 2013, Universal said the film would be shot in 3D and released on June 13, 2014. In February 2013, it was revealed that Kathleen Kennedy will be not be producing the film. In March 2013, Universal announced that Colin Trevorrow will direct Jurassic Park 4. In April 2013, paleontologist Jack Horner said a new dinosaur would be the villain in the movie. Many fans believed the dinosaur could be an Allosaurus, Giganotosaurus, Jeholopterus or perhaps an aquatic dinosaur. 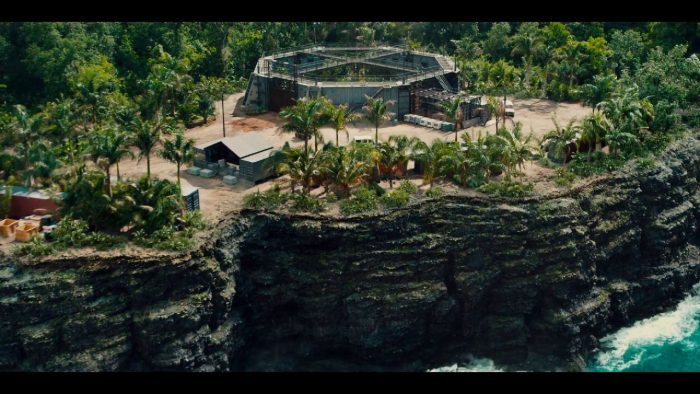 On April 12, 2013, Universal announced that filming would begin in Baton Rouge, Louisiana and Kauai on June 24, 2013. The script was being reworked by director Colin Trevorrow and writer Derek Connolly and it was reported that the script was bigger than Universal planned for. In May 2013, Universal delayed Jurassic Park 4 again. Actor Sam Neill said he was unlikely to be apart of the film saying that the film is a reboot. On june 1, 2013, Colin Trevorrow confirmed the film was still being written. On June 18, 2013, a teaser banner was revealed at the Licensing Expo 2013 which gave a 2015 release. In August 2013, it was reported that John Krasinski was in talks to play a dinosaur tamer in the film.

In September 2013, Universal announced that Jurassic Park 4 would be called Jurassic World, and that the release date would be June 12, 2015. It was also rumoured that Bryce Dallas Howard was in talks for a role. In October 2013, it was reported that Ty Simpkins had been cast as the child lead. Nick Robinson was cast as Simpkin’s older brother. Josh Brolin was in talks to play the adult lead role but he was no longer connected to the film by November. Jake Johnson was rumoured for a role in Jurassic World too. Chris Pratt was confirmed for a role in January 2014.

Filming began on April 10, 2014 and Honolulu Zoo in Hawaii and filming lasted four weeks on Oahu. In May 2014, the crew filmed on Kauai and finised on June 6, 2014. Filming then moved to the abandoned Six Flags amusement park in New Orleans and filming lasted for 11 weeks in New Orleans. On June 30, 2014, filming took place at Louis Armstrong International Airport in New Orleans while some filming took place at Audubon Zoo. Most of the filming in New Orleans took place at Big East Studios in the NASA complex. Filming officially wrapped on August 5, 2014. The filmmakers had hired Legacy Effects to create the animatronic dinosaurs for Jurassic World. Legacy Effects were formerly known as Stan Winston Studios who of course worked on the previous Jurassic Park movies. Industrial Light & Magic also returned to do the CGI dinosaurs. 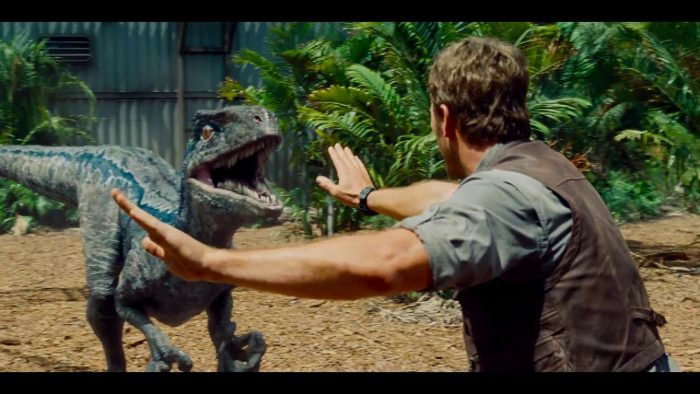 Two viral websites were launched on November 17, 2014 – one for the Masrani Global Corporation and another for the Jurassic World theme park. Universal released the first trailer on November 25, 2014 while a TV Spot aired during the Super Bowl XLIX on February 1, 2015. Another trailer was released on April 20, 2015. Lego will be releasing their own Jurassic World lego sets in May 2015 and there is a Lego video game in the works too due for release at the same time. 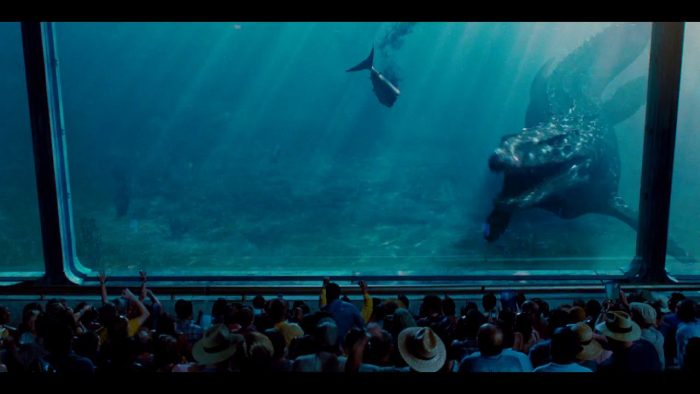 You can find more images on Jurassic World Concept Art.

You can find more images on Jurassic World Production Stills.