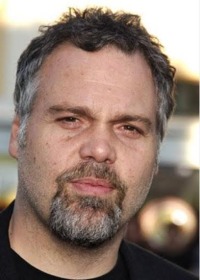 Deadline is reporting that Vincent D’Onofrio (Full Metal Jacket,  Law & Order: Criminal Intent) will be playing the villain in Jurassic World. According to another report on TheWrap, he will play “the CFO of the Patel Corporation who projects the image of a normal family man to mask a hidden edge.” It’s also reported that Irrfan Khan will be playing “Patel, the billionaire owner of a new Jurassic Park.”