Another mysterious image has surfaced from Instagram user drummahboi14 showing a scene for Jurassic World being set up. The person believes it involves Pterodactyls after overhearing it from someone on the set. Guess we’ll have to wait and see. 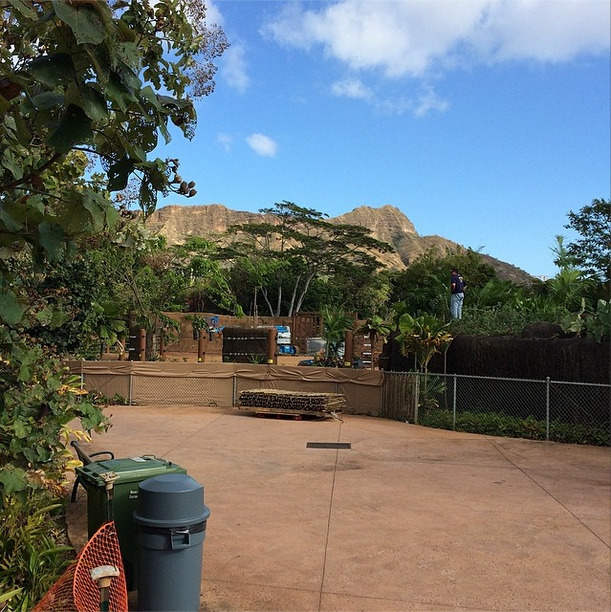 Of course, Pteranodons featured primarily in Jurassic Park 3 in the aviary sequence.

Colin Trevorrow will be directing Jurassic World and the movie will be released June 12th, 2015. The film stars Chris Pratt, Bryce Dallas Howard, Jake Johnson, Nick Robinson and Ty Simpkins. Keeping reading this website for all the latest Jurassic World News and rumors on the Jurassic World movie. Be sure to check out our Facebook group and Twitter page.