Some more Jurassic World pictures have surfaced on Dutch website Bruno.nl. It shows the construction of something taking place in Oahu, Hawaii. 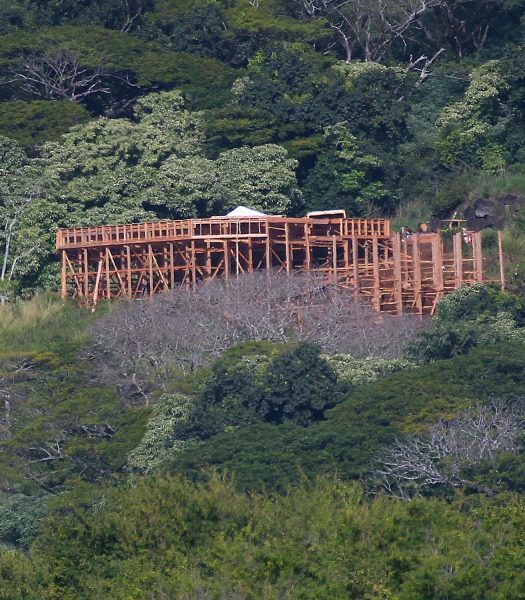 Be sure to check out the rest on their website.