Some more Jurassic World set pictures have been leaked, thanks to Reel Tours Hawaii. The first two are of the helipad / helicopter and we last had pictures of that from the other direction at the beginning of April. The third picture is of a helicopter which is different from the ones we’ve already seen judging by the ID number. The last picture is of a military-looking character stood next to one of the Jurassic World vehicles – a 6×6 Mercedes G63 AMG. 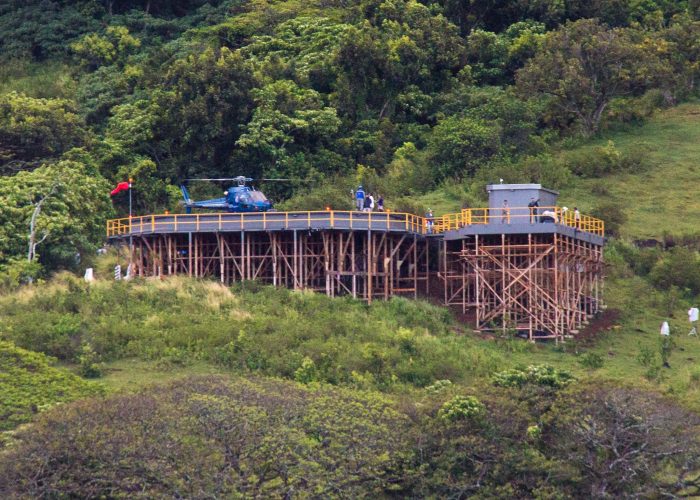 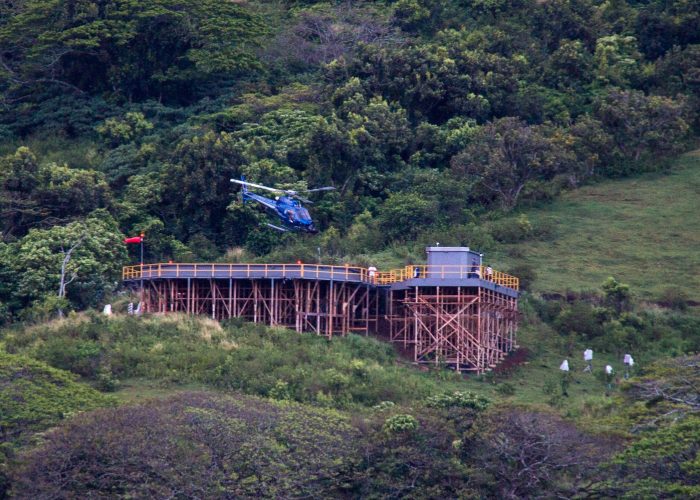 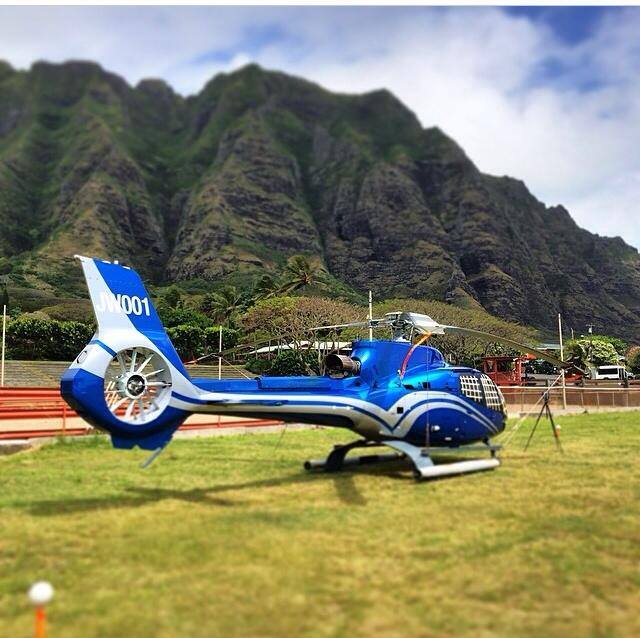 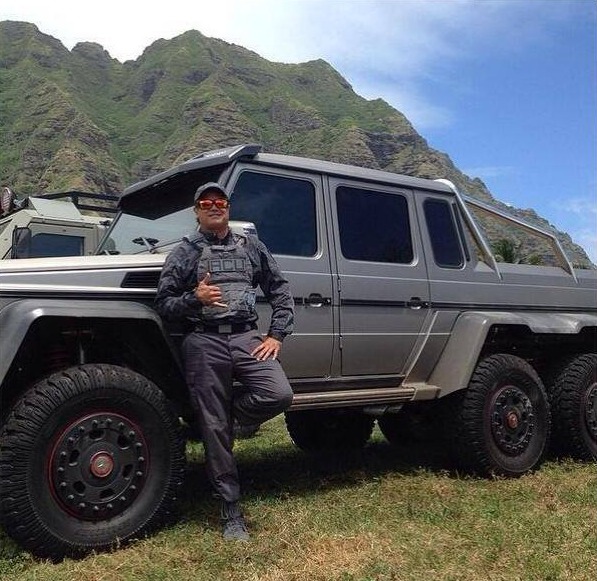