Universal have today released three new production stills from Jurassic World. The first one is of actor Chris Pratt standing next to a motorbike in front of a cabin. The second picture is of Bryce Dallas Howard talking to Chris Pratt’s character and the last picture is of Nick Robinson and Ty Simpkins in the jungle staring at something. 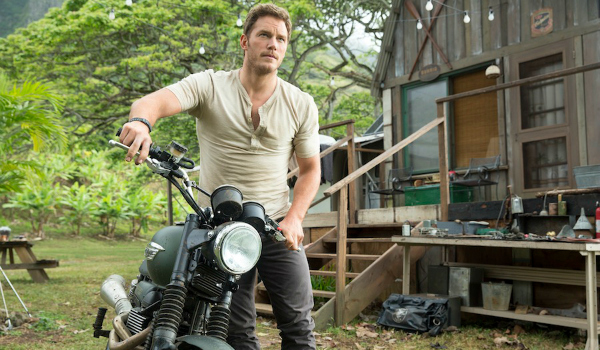 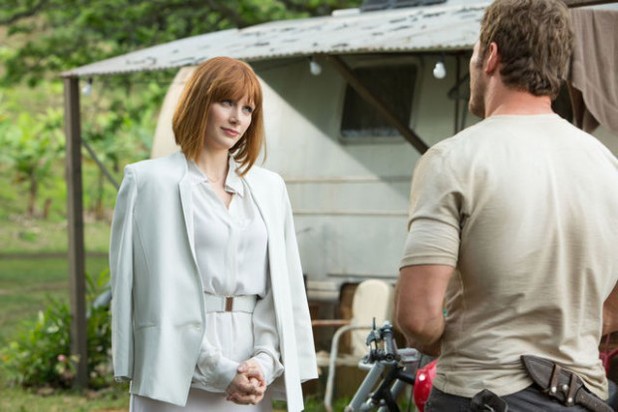 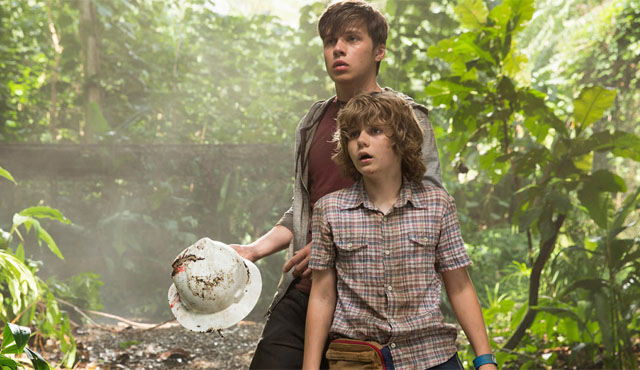