Entertainment Weekly have posted the first official set pictures from Jurassic World. The first picture is of actress Bryce Dallas Howard in character as Beth standing in a control room. You can see the control panel on the right side and there are screens behind her for visual effects. The second image is of a battered construction vehicle with the Jurassic Park logo on the side of it. The last image is of the director’s chair overlooking a picturesque landscape in Hawaii. 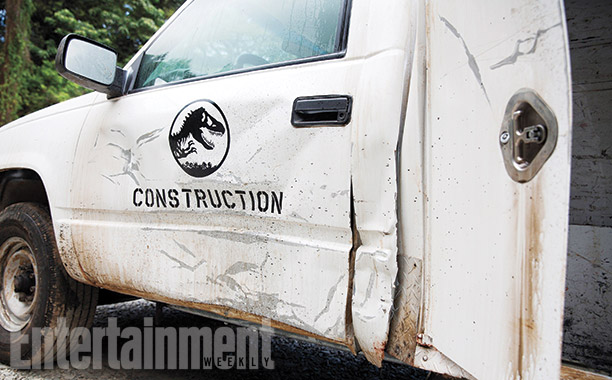 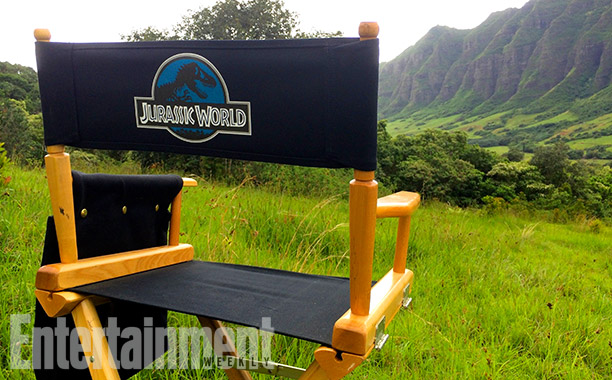