Some exciting new Jurassic World concept art has surfaced this week via Twitter user @tunakaankoc who found it accidentally on ILM’s website. The first one shows the Indominus Rex chasing after the gyrosphere, followed by the Mosasaurus eating a shark and the Indominus Rex attacking an Apatosaur. Other Jurassic World concept pieces include shots of the Stegosaurus, Velociraptor, Pteranodon and Ankylosaurus. 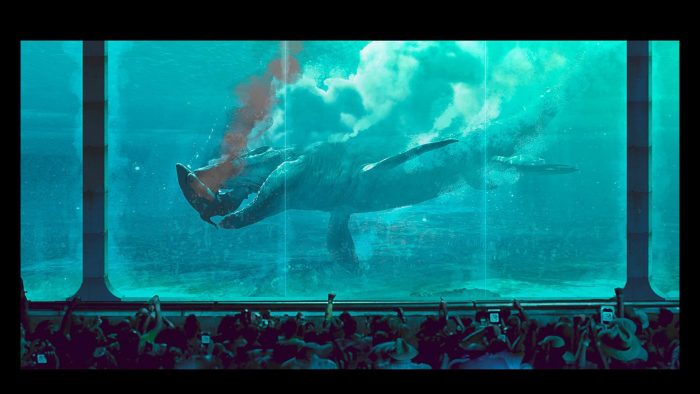