A couple pieces of concept art, supposedly from Jurassic World, have surfaced on Nathan Schroeder’s official website. Schroeder is an illustrator who worked on the Jurassic Park sequel well as X-Men, Star Trek and The Avengers. The pictures show a resort and a visitor center on the Hawaii island of Kauai. 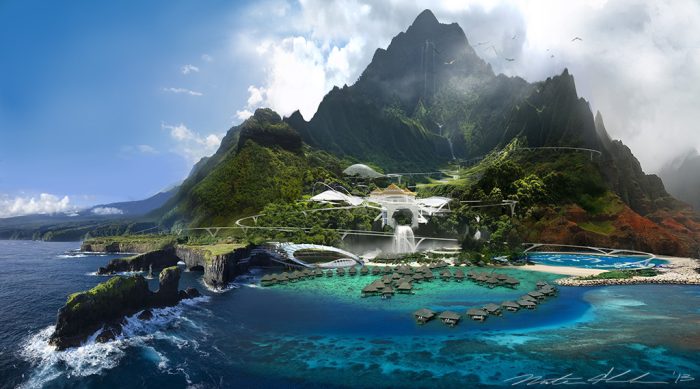 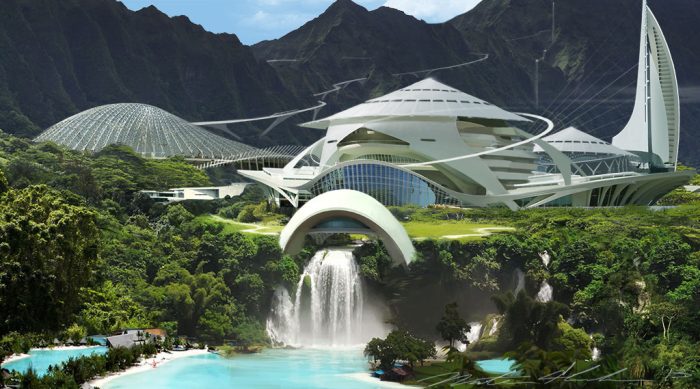 Both these pieces were dated 2013 so the script could have changed since then. Still, it seems to connect well with everything we’ve heard about Jurassic Park IV so far.