Here’s the latest news from San Diego Comic Con 2014. ComingSoon.net have posted a picture of a Tyrannosaurus Rex replica on display from Jurassic World. 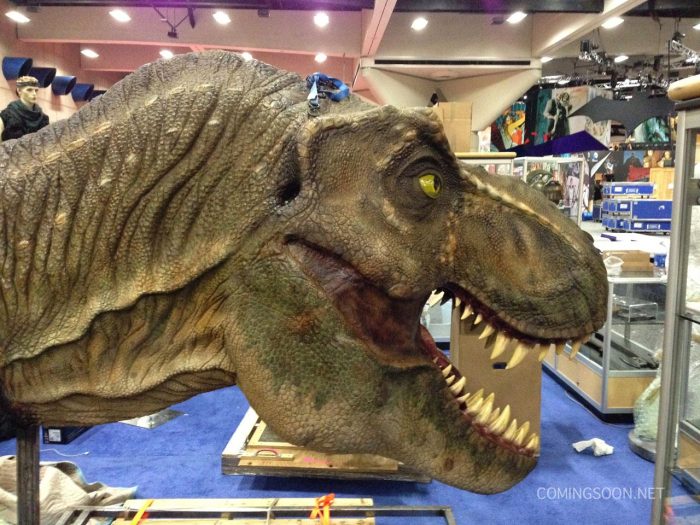 It’s not clear right now whether or not Jurassic World will be making an appearance at Comic-Con or not. In other news, there’s an interview with actor BD Wong about his role in the film. Courtney James Clark has also been cast in the film according to Deadline.

No Sam Neill For Jurassic World