Director Colin Trevorrow took to Twitter just now and posted a brand new poster for Jurassic World for the San Diego Comic-Con this week. It was designed by artist Mark Englert and will be available at the event. It shows a velociraptor standing on a turned-over Jurassic Park Ford Explorer in the jungle and you can see some eggs  under the wheel. There’s cranes in the background as well as a transport helicopter carrying something over the island. 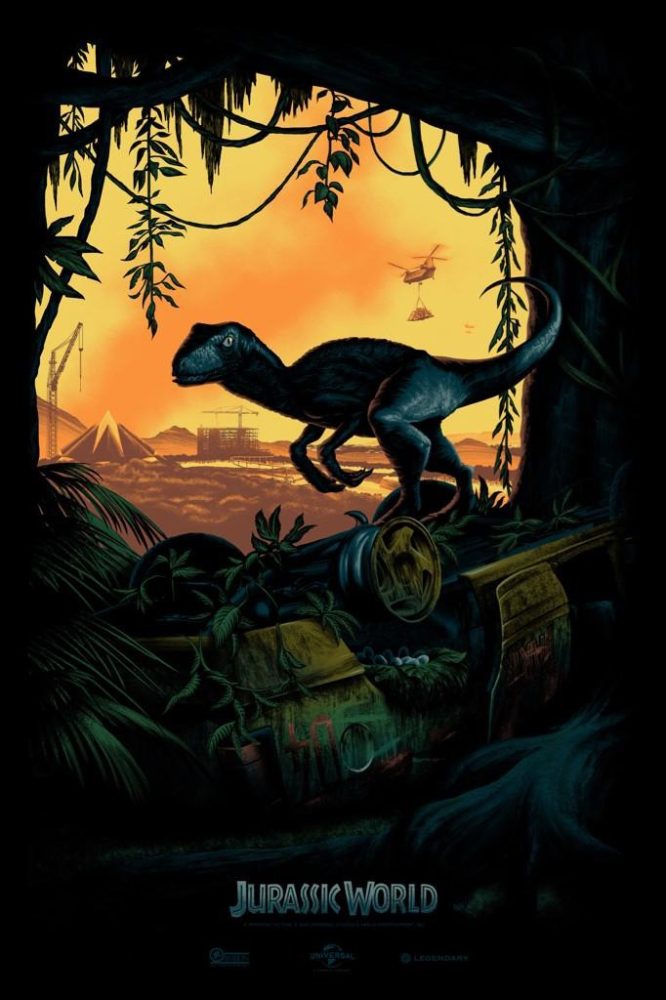