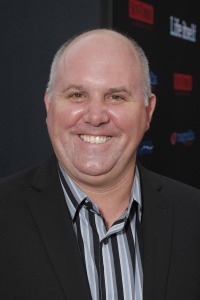 There’s a new addition to the Jurassic World cast according to The Hollywood Reporter. James Dumont will have an unspecified role in the upcoming movie. Dumont most recently played Jared Leto’s father in Dallas Buyers Club and Sherman Adams in The Butler. He will be next seen in the James Brown biopic Get on Up, directed by Tate Taylor.