Groovebricks have posted the first official promotional image from the upcoming Jurassic World Lego. Apparently, the leaked Lego images from a while ago weren’t official and were just prototypes. The new image features the T-Rex, two Velociraptors and a Pteranodon. There’s also three character figures – the top being Dr. Henry Wu and the right being Chris Pratt’s character Owen. 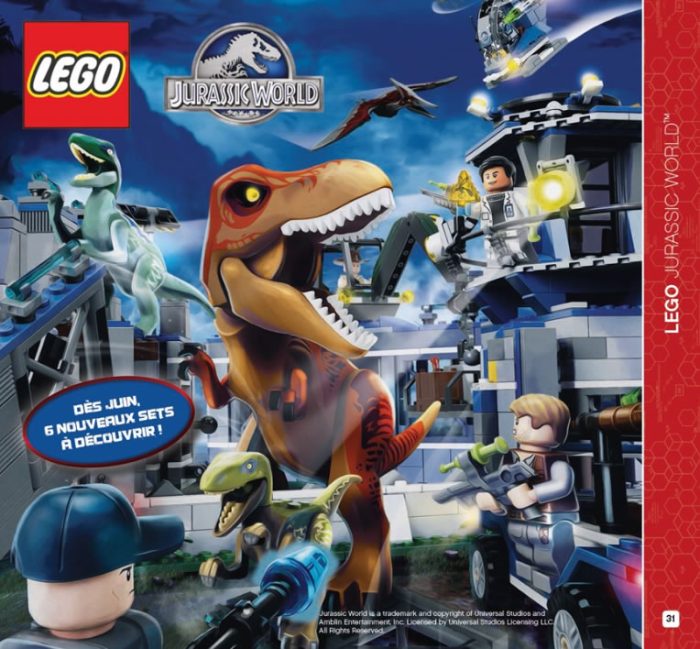 There will be six different Jurassic World Lego sets released in June 2015.