An image purporting to be an animatronic/model of a Velociraptor taken from behind-the-scenes on Jurassic World has been leaked via Instagram user gewatzig20. The Raptor looks to be in some sort of warehouse the crew have been using for the film. The creature is more greenish in colour than other Velociraptors from the previous Jurassic Park films, with what looks like a muzzle over its jaw. I guess they could be transporting them somewhere in the actual film so they’d need to keep the Raptors confined. 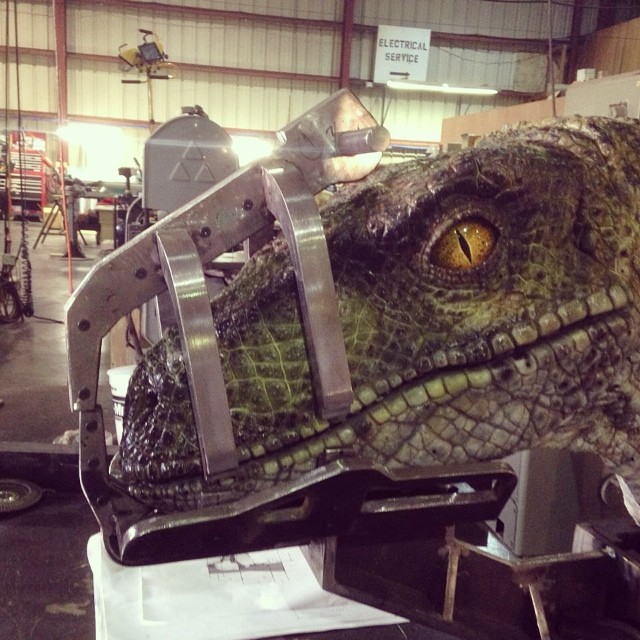 Velociraptor Cage for Sale on eBay