Some new pictures of Owen’s Shack on Isla Nubla have leaked online via JurassicWorld.org. This is where Chris Pratt’s character lives while on the island. Pictures of the shack from across the lake were originally posted a month ago, and you can see the shack in one of the officially released production stills the other day, but now we have close up shots of it. 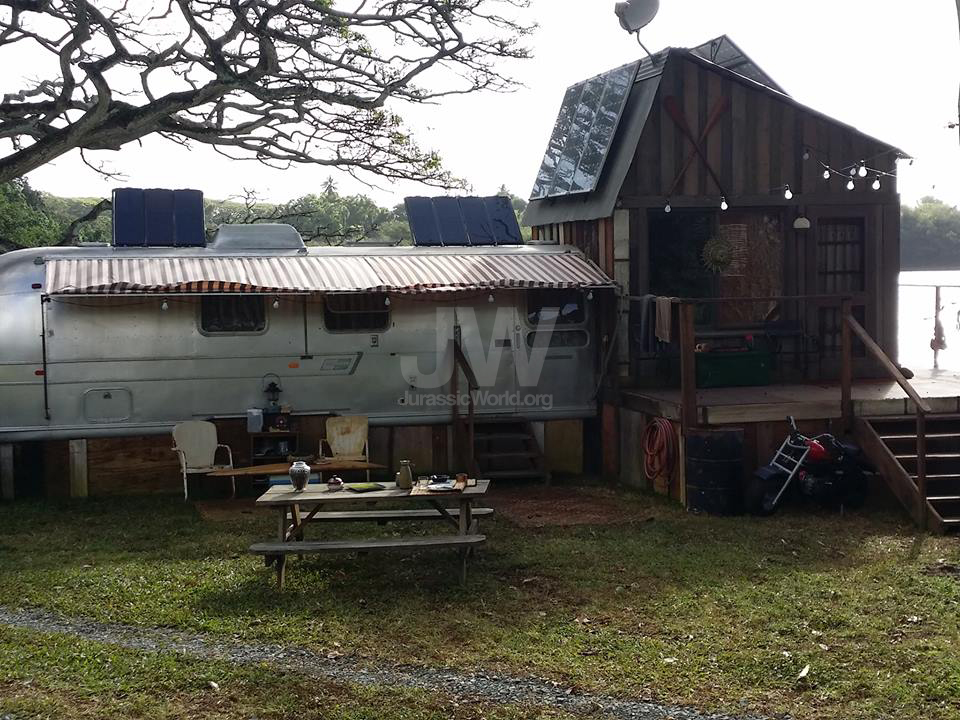 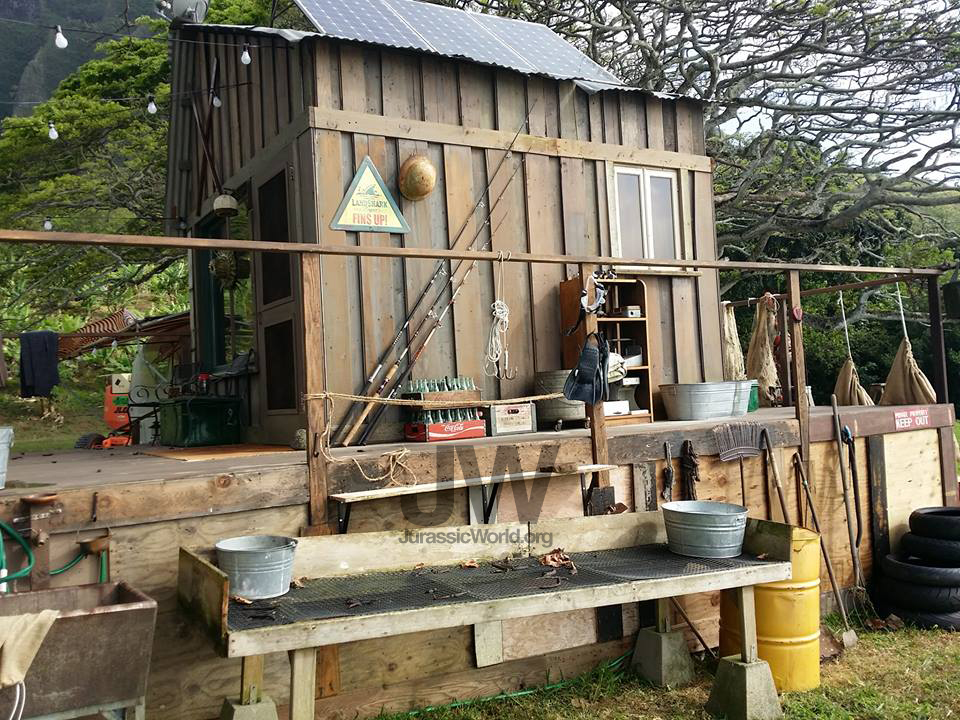 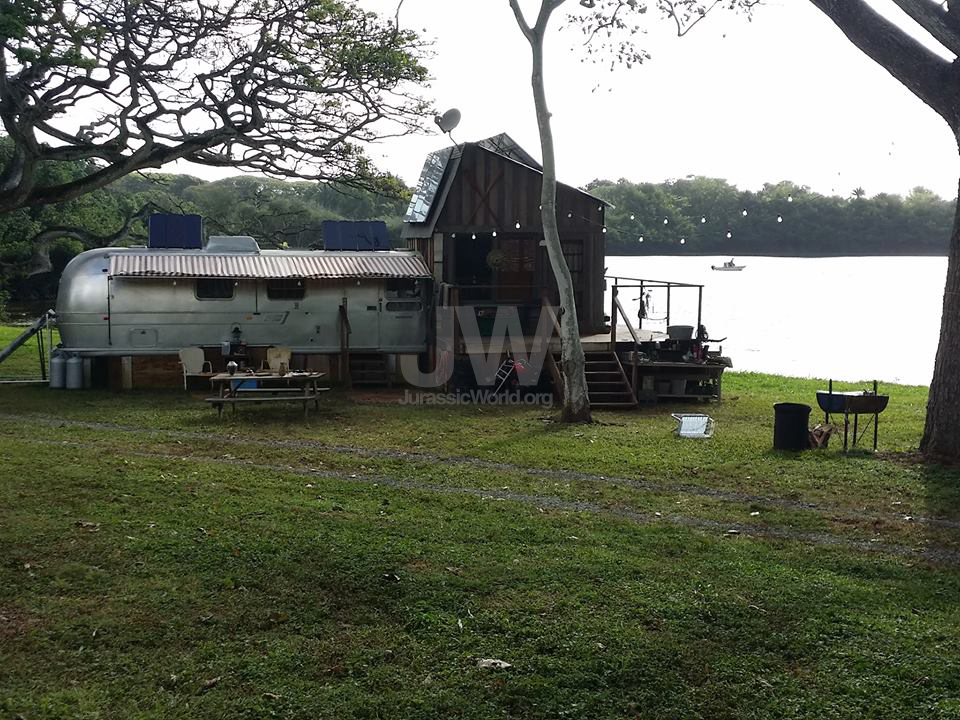