Universal have revealed the Limited Edition Jurassic World Blu-Ray Set featuring a collectible statue of the Tyrannosaurus Rex and the Indominus Rex from the movie. It’s currently retailing on Amazon for $107.98 but there’s no release date for the sets. Amazon.co.uk does have listings for the Jurassic World DVDs and Blu-Rays and they have the UK release date set at October 19, 2015. 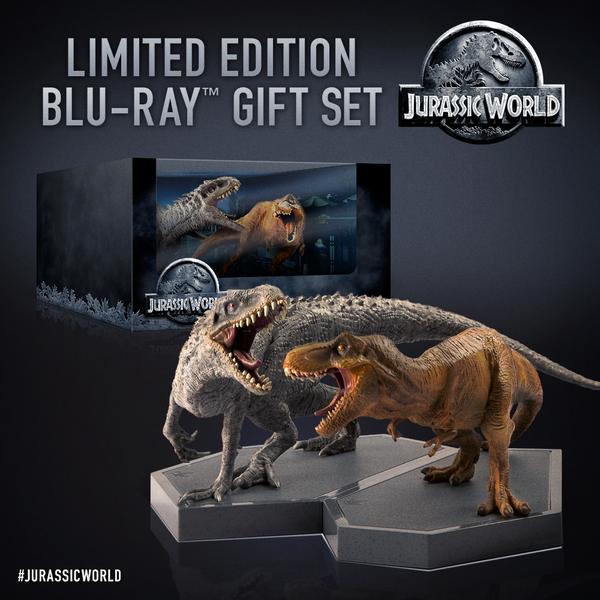