There’s a rumour currently making the rounds that a baby Triceratops was in a scene that was filmed at Honolulu Zoo for Jurassic World. It was reportedly involved in an interactive petting zoo scene.

JURASSIC WORLD SPOILER ALERT: So this has been circling the rumor mill for the last few days and it’s gaining credibility. Since it happened on our watch here at the Honolulu Zoo, I figured I’d jump on it too. It seems a scene filmed at the zoo was some sort of interactive “petting zoo” scene that involved baby Triceratops. I also heard the caterers fed the cast and crew Bronto-burgers for lunch….. but I can’t confirm or deny that rumor.

A Triceratops was featured in the first movie when the characters treated a sick Triceratops. The dinosaur appeared in The Lost World when one escaped from the InGen container and a herd of them appeared briefly in Jurassic Park 3. Thanks to ikarop for the news. 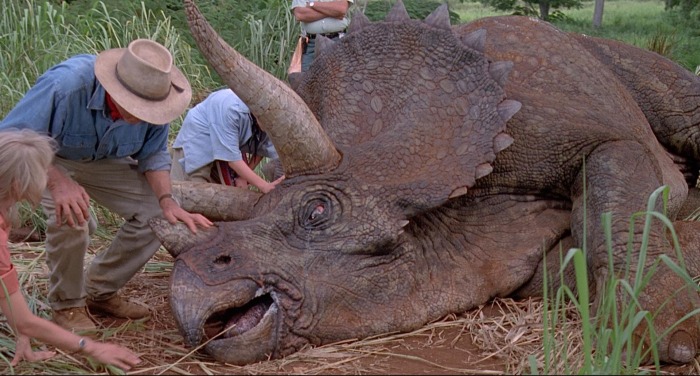