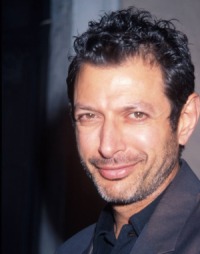 In an interview with HuffingtonPost, actor Jeff Goldblum confirms he won’t be in Jurassic World as they never approached him. They ask why he didn’t do Jurassic Park 3 and he weirdly says he wasn’t asked for that either. But it was rumoured that he was in Jurassic Park 3 at one point but he dropped out a few days after filming began due to an injured leg

When you hear about “Jurassic World,” do you think to yourself, I could still do that? I know you didn’t come back for “Jurassic Park III.”
Yeah, and they haven’t called me for “4,” I know Steven Spielberg isn’t directing it …

Is that why you didn’t do the third movie, because Spielberg didn’t direct it?
No. Nobody asked me.

I didn’t know that. I always assumed it was your decision.
No, nobody asked me, but I was perfectly satisfied with the two that I did. I’m still satisfied with that and I’ll be the first in line to see anything else, so, you know. But, “Independence Day” …

Vince Vaughn Not In Jurassic World

No Sam Neill For Jurassic World