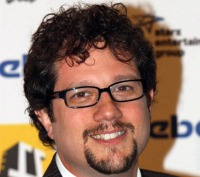 It has been revealed that Michael Giacchino will be composing the music for Jurassic World. He has worked on many TV shows and movies including LOST, Star Trek and Super 8.

In 2010 Giacchino added an Academy Award win for his Up score to his nomination for 2007′s Ratatouille. He’s also garnered an Emmy, a BAFTA, a Golden Globe, two Grammys, and numerous other awards over the course of a prolific career that began in video games and took off with his work on JJ Abrams‘ Alias and LOST. His all-new Jurassic World score will weave in iconic themes from John Williams’ classic Jurassic Park score, similar to what he did with the music for Abrams’ Star Trek and Star Trek: Into Darkness.

“Michael Giacchino is a fiercely creative musical mind and a true Jurassic Park fan. While this new score will honour the indelible work of John Williams, our mission is the same as the film itself–to create something bold and new for people who love dinosaurs.”