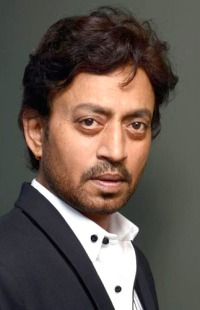 In an interview with the Mumbai Mirror, actor Irrfan Khan spoke about his experience of filming of Jurassic World in Hawaii. He says director Colin Trevorrow was very much in control and he’ll be filming more scenes in July.

Back from the shoot, the actor refuses to reveal details about the dinos but is obviously impressed with the park that has been created on the island of Oahu in Hawaii. “It’s a huge set and a big unit. The first day that I reported for the shoot, the whole street was filled with trucks. They had blocked a part of the island, mostly jungles and mountains,” he informs, adding that certain portions were also shot in Maui island.

He’s all praise for director and cowriter Collin Trevorrow. “Even though he has just one film behind him, Safety Not Guranteed, he was very chilled out and in control,” he says, excited to have worked with director Ron Howards’s daughter Bryce Dallas Howard known for her performances in films like The Help, As You Like It, Spider-Man 3 and Twilight Salvation. “She’s very good. When I go back in July I am looking forward to working with other actors like Chris Pratt,” he says.