A couple more promotional pictures for Jurassic World have leaked from the Licensing Expo in Las Vegas. These show various dinosaurs including the legendary Tyrannosaurus and Velociraptor. There’s also Gallimimus, Mosasaur, Stegosaurus, Triceratops, and a Pteranodon featured on the images. 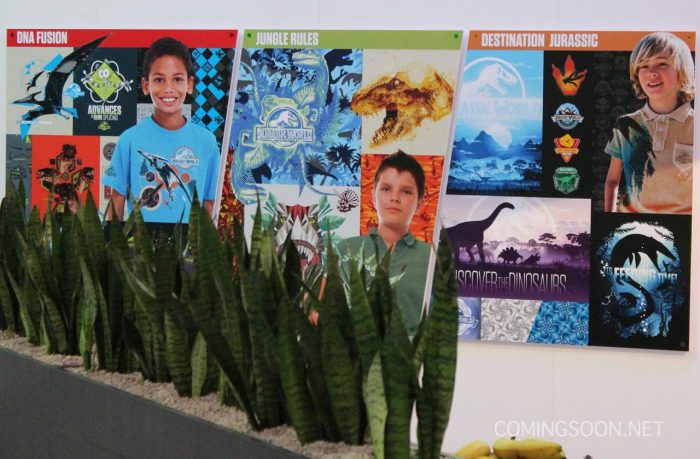