Jurassic World director Colin Trevorrow tweeted a new picture from the movie today. This one shows a bloody handprint on a Mobile Veterinary Unit. 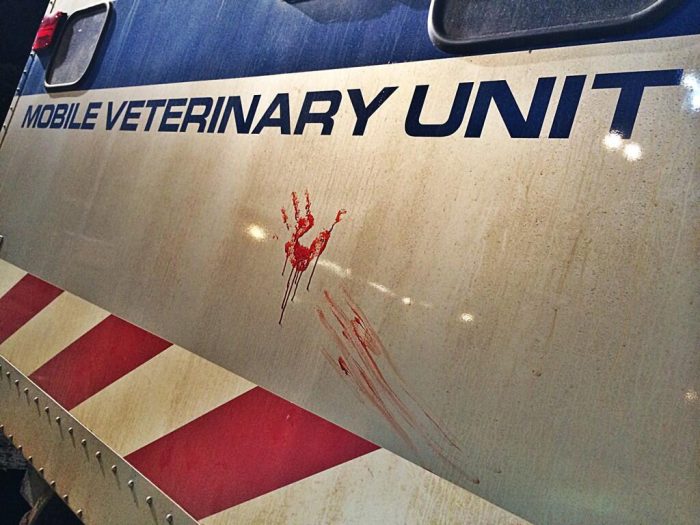