Some new Jurassic World images have surfaced on Twitter showing a street in New Orleans transformed into a wintry street in Wisconsin. It’s rumoured that this is the house that Ty Simpkins and Nick Robinson lives in. I guess it will take place at the start of the film where the family goes to Jurassic World as a vacation. Speaking of which, the children were reportedly seen filming at Louis Armstrong International Airport this week with actress Judy Greer. 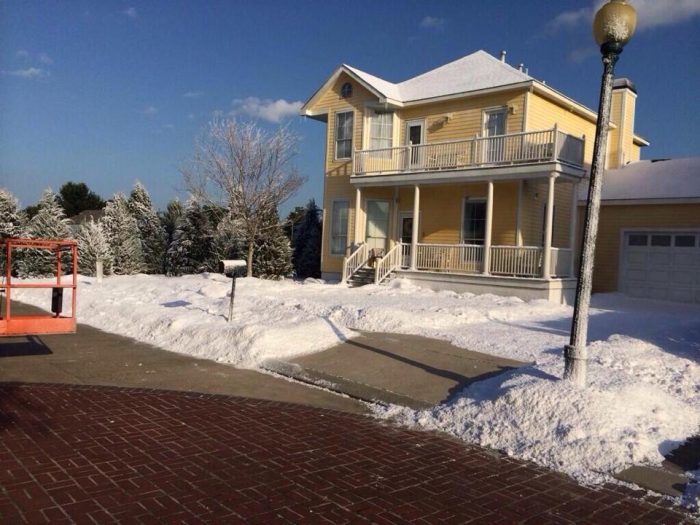