Jurassic World was seen filming recently at Audubon Zoo in New Orleans. Extras on the set were given a map of Isla Nublar which you can see below. It matches what was leaked in the pictures and videos a while ago. 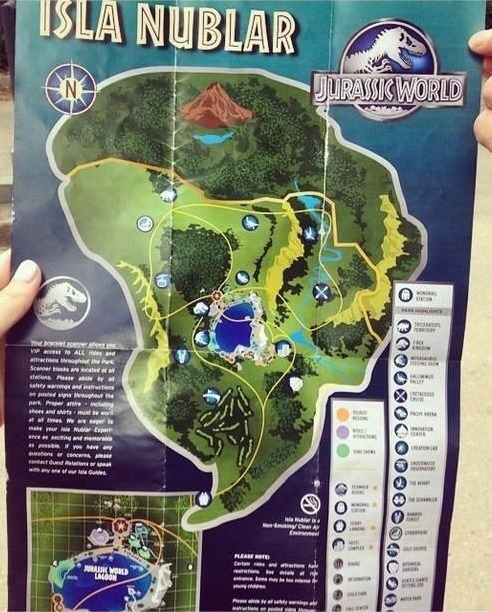