Today is officially the last day of filming for Jurassic World. Producer Frank Marshall posted a picture on Twitter showing the final call sheet. It tells us that Bryce Dallas Howard will be playing a character called Claire and the final scenes involve the Mobile Veterinary Unit. 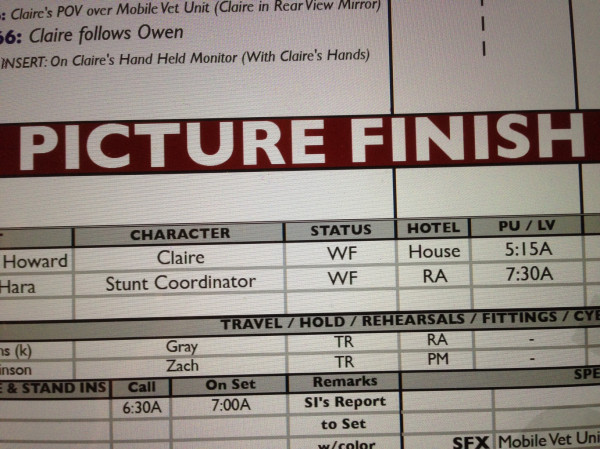 Director Colin Trevorrow has also posted this on Twitter showing the final clapperboard in the jaws of a T-Rex: