Earlier this week, director Colin Trevorrow took to Twitter and posted a new picture of Chris Pratt with an animatronic version of the Velociraptor. 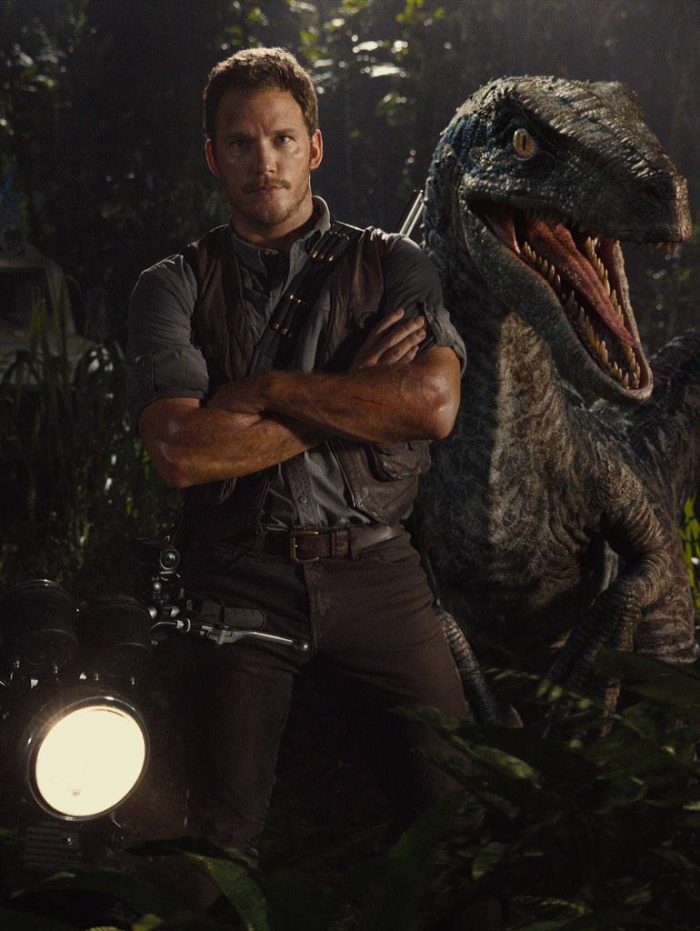 Entertainment Weekly have also posted a few more tidbits about the characters in Jurassic World. We learn that Bryce Dallas Howard’s character is the park operations manager and she’s there with her two nephews, played by Nick Robinson and Ty Sympkins.

But in an effort to create new buzz and boost attendance, a hybrid dino is hatched—and that’s when the island’s human population, including dino researcher Owen (Chris Pratt), park operations manager Claire (Bryce Dallas Howard), and her two young nephews (Nick Robinson and Ty Sympkins), are sent sprinting in terror. “There are dinosaurs and there’s the other—there’s this thing that is not one of them, that is not of them,” teases director Colin Trevvorow (Safety Not Guranteed), who was specifically picked by Park director (and World executive producer) Steven Spielberg. Trevorrow adds, “There’s a lot of bold new ideas in the movie and I’m pushing it as far forward as I can. I know Steven didn’t want me to make a carbon copy of the earlier films. So we’re going for it.”