The Jurassic World marketing campaign is beginning to ramp up. We have a first look at the packaging of some of Kellogg’s cereal snacks. You can see the Tyrannosaurus Rex and some Velociraptors on the artwork. These pictures were posted by Instagram user legend_goji14 in a WinCo Foods store. 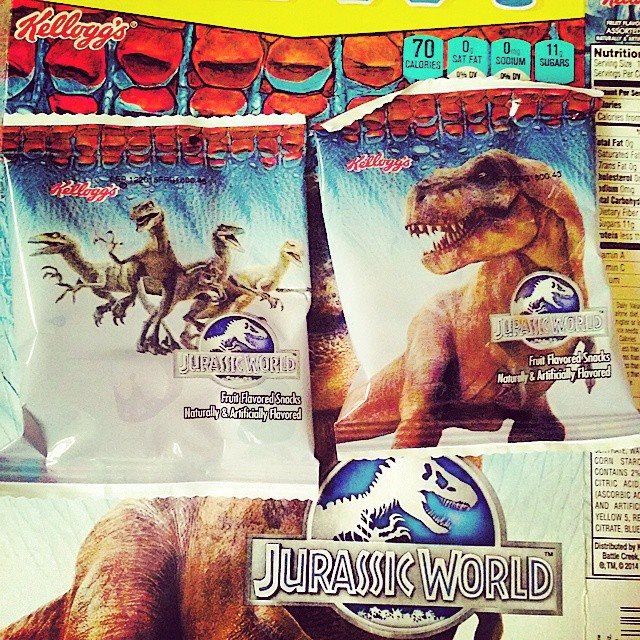 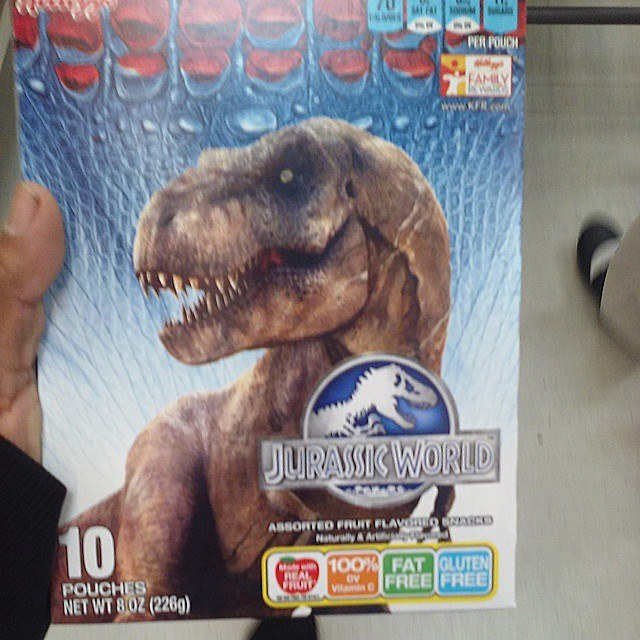 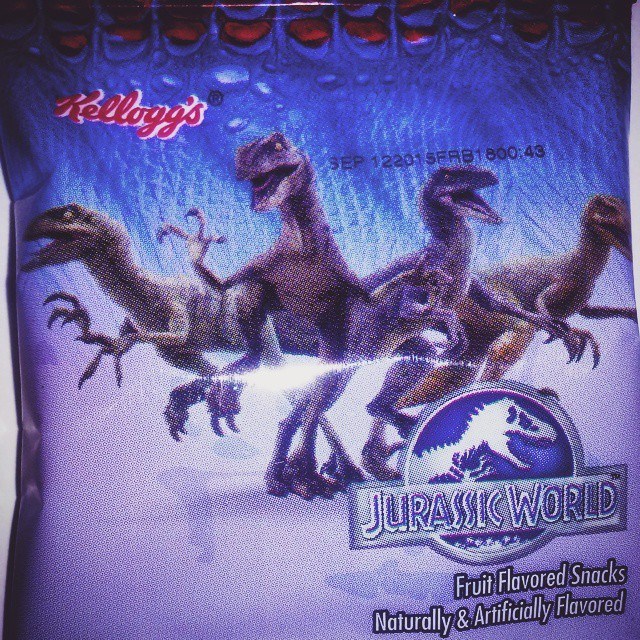