Colin Trevorrow has tweeted the second new poster for Jurassic World featuring the Mosasaurus behind a glass wall. We can see just how big the creature is compared to a Great White Shark. 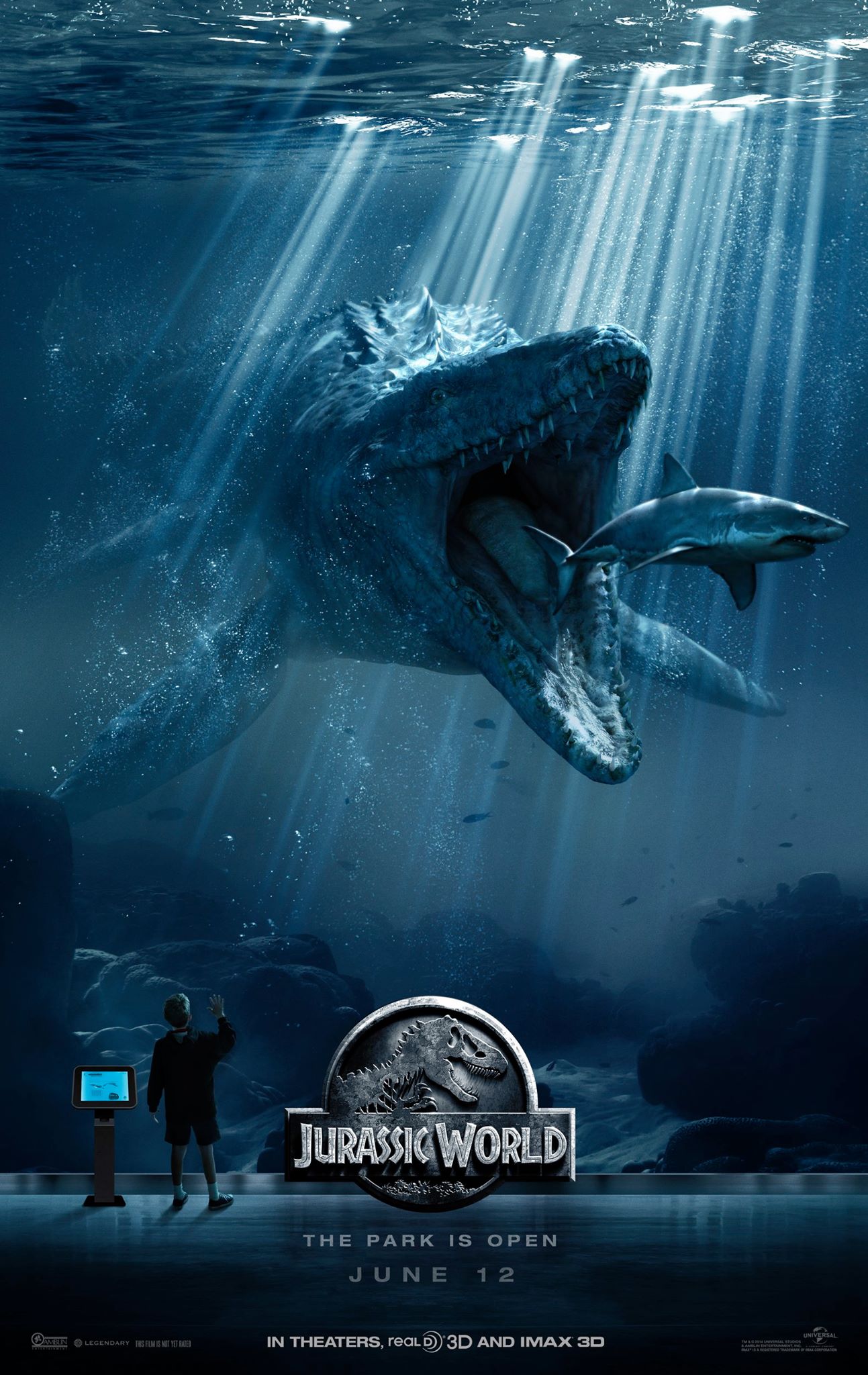