A new Jurassic World featurette has been released highlighting the new Mercedes-Benz car which will be released the same time as the movie. The feature contains a lot of behind-the-scenes footage we’ve not seen before featuring the various vehicles that will be seen in Jurassic World.

In related news, you can see a new promo picture featuring the Indominus Rex staring at the Mercedes-Benz car. I think this is the first time we actually get a proper look at its head. 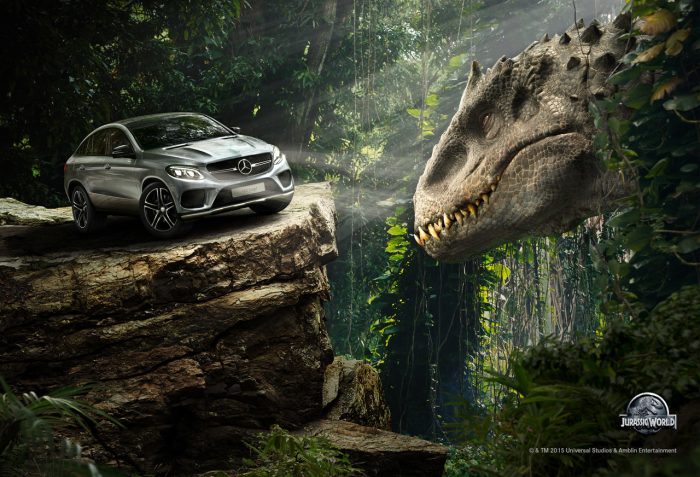