Issue 262 of SFX Magazine has a nice spread about Jurassic World. There’s an interview with director Colin Trevorrow who talks about the movie and the Indominus Rex. SFX have also spoken to Chris Pratt and Bryce Dallas Howard about their characters. You can check out the scans below: 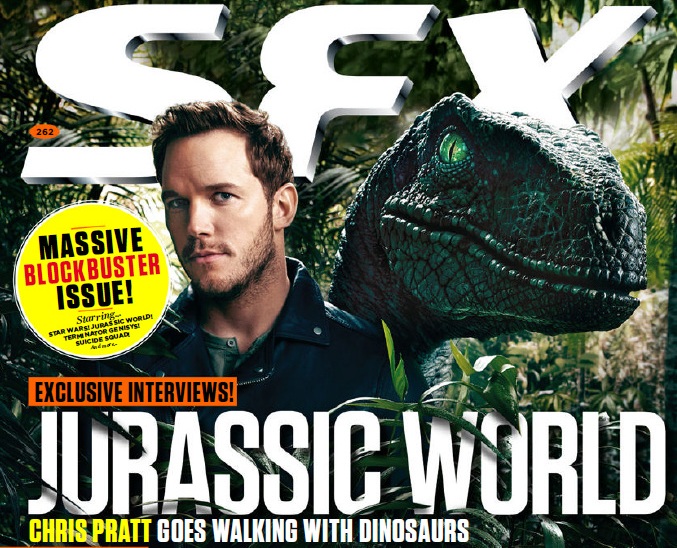 Jurassic World will be coming to cinemas June 12th, 2015 and will be directed by Colin Trevorrow. The film stars Chris Pratt, Bryce Dallas Howard, Jake Johnson, Nick Robinson and Ty Simpkins. Keeping up to date with Jurassic World and visit our site for all the latest news and rumours. Be sure to check out our Facebook group and Twitter page.